I’ve been struggling with the question of when, whether and how to use extreme forms of political propaganda in the context of both the secondary and higher education classroom. On the Mind Over Media website, there are examples of extreme propaganda from ISIS, anti-dairy, the alt-right, gun owners, anti-abortion activists, and more. When teachers select examples of videos to screen or memes to display in the classroom, they can help to create robust classroom dialogue. It’s important for learners to unpack the feelings and ideas that such content may evoke. Deliberative dialogue about contemporary propaganda can help model the practice of addressing controversial issues in ways that advance media literacy competencies.

But using extreme political propaganda in the classroom can also extend the visibility of deeply problematic content and ideas. A teacher might very well be reluctant to bring overtly racist or sexist content into the classroom, even in the context of studying propaganda as part of civic education. After all, screening propaganda in a classroom gives media texts a gloss of authority. Plus, student interpretations of propaganda cannot be controlled. Whether we like it or not, because propaganda activates strong emotions, people’s critical analysis competencies can be bypassed and this can actually increase (rather than decrease) political polarization in the classroom. 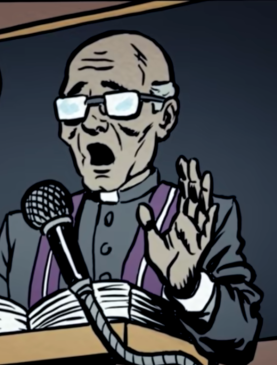 It’s not only journalists who help to make extreme messages more visible. Teachers can also extend the visibility of extremist content, even when their use of such content takes an explicitly critical stance. In addressing how news media coverage can make trolls stronger, Phillips (2018, p. 5) notes, “Amplification makes particular stories, communities, and bad actors bigger – more visible, more influential – than they would have been otherwise.”

But ignoring extreme forms of political propaganda can also be educationally irresponsible. As Whitney Phillips explains, “The bigoted, dehumanizing, and manipulative messages emanating from extremist corners of the internet” are impossible “and maybe even unethical, to ignore” (2018, p. 6).

The use of extreme propaganda in the classroom may be necessary. To educate people about the difficult cultural realities of contemporary democracy today,  some forms of extreme propaganda simply need to be seen to be understood. For example, I can describe how an alt-right political party in Finland created a comic-book superhero narrative to influence the 2019 election, but until you see the video, you can’t really understand the phenomenon itself. Phillips points this out, noting, “Not amplifying specific instances of abuse, harm, or manipulation risks reducing these concepts to clinical abstraction” (p. 5).

So, should a media literacy educator bring extremist propaganda into the classroom?

Consider the case of Ketutus, a seven-minute work of video political propaganda from Finland that uses a comic book character to promote the True Finns alt-right party. The video is available in Finnish, of course, and an English translation of this video is on YouTube. Would you use this video with your students? Why or why not?

The fictional narrative story features a corrupt group of elites who inspire the wrath of the common man, who takes the form of a monster who repels the evil politicians.  It received more than 250,000 views before the election. The True Finns political party also placed a short trailer version of the political video into movie theaters across Finland for a few days in the weeks before the election. As expected,  strong counter-reaction was created against the video,

The cartoon video depicts the use of political violence: in the story, we see the monster attack the driver of the political elites as a means to effect change. Violence is presented as a form of political action. So when a left-wing political candidate, Suldan Said Ahmed, a Helsinki political activist of Somalian descent, was attacked before the election at a subway station in Helsinki, some people wondered if that particular political violence was inspired by the True Finns’ cartoon. The ensuing controversy was covered in the news media, and this oxygenated the issue, helping to increase the visibility of the True Finns’ propaganda message and reach an even wider audience.

How can alt-right propaganda be used to advance critical analysis competencies and promote learning?

For demonstration purposes, let’s view and discuss the Ketutus video at the Mind Over Media website. After viewing, use the Comment space to ask questions. What questions are raised for you as you view?

Using extreme propaganda from a foreign country can be an effective way to engage learners in dialogue about new forms of contemporary propaganda. A teacher might feel it’s “safer” to use examples of foreign propaganda than more home-grown and local forms of political propaganda. Students may simply find it easier to have critical distance from foreign propaganda.

Users of the Mind Over Media propaganda education website have observed that students may activate intellectual curiosity when they encounter unfamiliar foreign propaganda. When inquiry learning techniques are used, students may be inspired to want to learn more about the cultural, political, social and economic context in which the propaganda was produced.

But teachers should carefully consider potential risks of the use of extremist propaganda in the classroom. In particular, teachers should avoid using foreign propaganda in a superficial or casual way, simply screening the examples of propaganda without providing sufficient time for student inquiry or discussion. One workaround: use only a small portion of an extremist propaganda example for purposes of illustration when time for dialogue and discussion is truly limited.

In general, I avoid merely screening extremist propaganda for its sensational appeal. I don’t use foreign extremist propaganda when I can’t use critical questions or inquiry pedagogies, as simply displaying it may create or reinforce damaging cultural stereotypes. When educators demonstrate careful consideration of the purpose and instructional goals of using political propaganda for teaching and learning, they become reflective educational practitioners.

Renee Hobbs is a Professor at the Harrington School of Communication and Media at the University of Rhode Island, where she directs the Media Education Lab. View all posts by Renee Hobbs